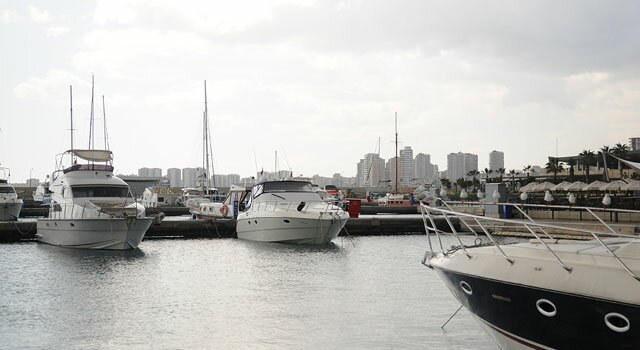 Yachts bob gently in the Mersin marina – almost all with Turkish flags. The southern city of Mersin, population one million, is a major commercial shipping centre where leisure boats are still a new sight. It is better known for its industrial zones than tourism, despite sharing the Mediterranean coast with the nearby resort of Antalya. But the city does want an attractive beach for its citizens, and soon it will have one.

Until a few years ago Mersin had no choice but to dump its wastewater into the sea. Today, it is already treating 80 per cent of its own wastewater in a newly built facility and has recently started construction of an EBRD-financed wastewater treatment plant which will take care of the remaining 20 per cent.

The head of the municipal water company, Mustafa Kamil Ülgen, says, “Wastewater treatment is needed for many reasons – but the most obvious one is to clean up the sea.” He adds that people, including himself, have already started going for a swim after the completion of the first plant, financed by the EIB. Once the EBRD-financed facility is operational, the city can start building a beach.

Apart from the €20 million loan, the EBRD has provided a range of technical assistance to Mersin sponsored by the Slovak and Austrian governments. Most of it is aimed at engineering and construction. Private companies will also be involved. A private firm will operate the new wastewater treatment plant, while the city is already talking to local private cement producers who might use the resulting sludge.

Due to new administrative divisions the Mersin water and wastewater company will soon take over several new districts along the coast, where sewage plants will be built as well.

Today, Mersin wants to be known not only for the industrial zones but as a sports centre. This year, the Mediterranean Games – which attracts athletes from throughout the region – are coming to the city, and new sports facilities and roads have been built specially for the event. The city hopes that athletes and spectators from other countries will enjoy the city and that soon the yachts on the Mersin marina will feature more international flags.