Kalibre Boru: a company that turns crisis into opportunity 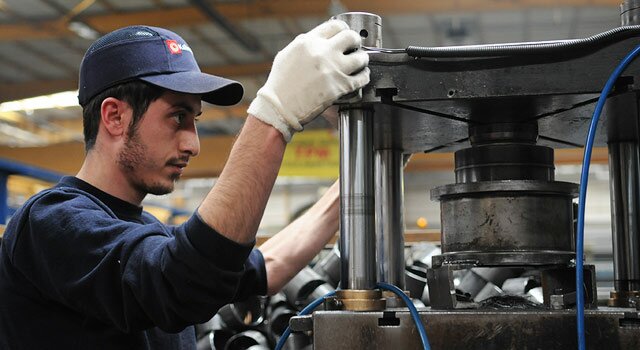 The late 1970s were a tough time in Turkey. Widespread strikes and a petroleum crisis meant that many industries were fighting for survival. Among them were textile factories, which ran out of imported bobbins and had no hard currency to buy more. A local engineer Şerif Ünan knew he could help them.

With two friends, also engineers, he started a workshop to make those bobbins in Kösekoy, İzmit. Soon, their products were demanded by household goods makers and finally the car industry. Today, Kalibre Boru is a leading producer of precision steel tubes for Turkey’s automotive industry, employing over 350 qualified workers and engineers.

The history of Kalibre Boru is the industrial history of Turkey’s latest decades and an illustration of how to turn every challenge into an opportunity to become more competitive. The company was founded in a crisis, to help others stay afloat. Another big event launched their product in Europe. When the EU-Turkey Customs Union came into effect in 1995, the Turkish market was suddenly opened to a glut of international competitors. Turkey was forced to improve the quality of its goods. It was hard for many, and not all Turkish companies survived. But at Kalibre, the quality was already high, so after some adjustment the company found it was now profitable to export their precision tubes.

During the latest global financial crisis, at the helm of the company was Anil Ünan, CEO and the founder’s son. “We steadily increased exports of our tubes for years, but then the crisis came. We knew that the automotive industry would slow down. So we shifted part of our production to the aftermarket; so when people stopped buying new cars but started repairing their existing ones instead, our sales kept steady. Our tubes are in everything – shafts, shock absorbers, airbags, seats, you name it. So now we’re diversified and protected from future shocks.”

Kalibre’s engineers work constantly on product improvements. “We tell our suppliers that it is possible to make the car lighter, which is important for carbon emissions, or use a new material with higher strength. Our customers will then incorporate these ideas into their own designs”, says the founder, Şerif Ünan.

EBRD financing came in 2011 and funded the launch of a new, smaller diameter high precision tube. “Until then, that particular tube was mainly imported,” says Anıl Ünan. “But today we supply over half of the Turkish market which is one of the largest markets in Europe. All new Renaults, Fiats, Fords and many other cars produced in Turkey have at least one tubular component made by Kalibre Boru”.

Kalibre Boru is a tier 2 supplier, which means they supply to companies that supply the automotive industry. Because their tubes are so specialised, they are now needed by automotive industries in other countries. Yet another crisis – this time the Eurozone crisis – made the global carmakers shift their production to new markets. “We see another chance to expand”, says Anıl Ünan.